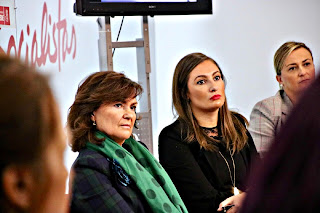 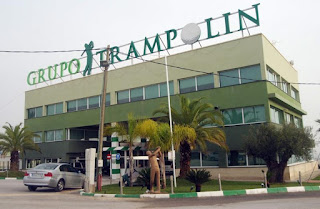 TWO MORE JUDGEMENTS AGAINST TRAMPOLIN HILLS' BANKS
Two more judgements from Valencia Courts have sentenced Caixabank & Cajamar to refund deposits to Trampolin Hills buyers.
The sentences declare that bank’s liability applies as long as they were not only depositaries of the deposits but also jointly guarantors, although no individual bank guarantees were given to the buyers we represent.
The judgement includes the payment of the legal interest from the date of the deposit’s payment to the developer, which roughly is 3% per year.
Obviously, Banks have appealed both judgements, but we do expect that they are confirmed by the appeal court.
If you have also paid money for an off plan property that wasn’t completed in time, is time for you to contact us. 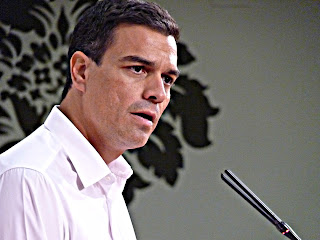 WHEN THE INTERESTS OF THE STATE ARE CONFUSED WITH THOSE OF THE GOVERNMENT: "That the agreement reached by the PSOE with Podemos and the nationalist and independence parties went far beyond the mere motion of censure, and that we are facing a real government pact , something that virtually nobody dares to question, except the hooligans professionals.And that the facts of the coetaneous and post-covenant have only served to throw certainty on the meaning and content of the agreements reached is also quite evident." 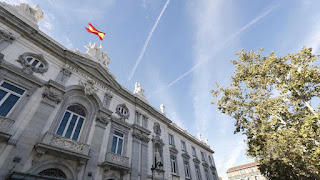 After two days of private deliberations, last Tuesday High Court plenary made a controversial decision and amended it’s previous precedent about the payment of the mortgage tax: 15 days after sentencing that are banks who should pay the tax,  they stated that tax debtor should be the borrower.  A few hours after this controversial judgement, Spanish government announced that mortgage tax law is being amended, so banks pay the mortgage tax from now on.

So what does it means this scenario for you? Obviously, new court decision prevent borrowers to claim directly the refund to tax office. But we highly believe that you still should claim for your mortgage tax refund, together with other mortgage expenses, under certain conditions.
Who is entitled to claim?

Individuals or even companies who are legal considered consumers: people who mortgage their principal or holiday home. Those whose business was to purchase, sale or built properties fall outside of the scope of the consumers’ protection la…
Publicar un comentario
Leer más

High Court to meet in plenary session to analyze & clarify the effects of the judgement about the mortgage tax.
The widespread impact of 2018.10.16 judgement, and it's effects for borrowers will be revieweb and decided on a plenary session on November 5th, 2018.
Press Report from High Court about the plenary meeting being hled in two weeks.

Why is this unusual plenary being held?
We would advise you not to start proceedings. Firstly, to avoid unnecessary legal expenses that you would have to pay if finally the judgement doesn’t apply to your case.  Secondly, because most of the courts dealing with mortgage expenses cases are suspending proceedings until the plenary session releases its conclusions about the effects of the judgement.
What would it happen after the plenary’s decision?
Our Law Firm will keep you posted about the details of the decision through another newsletter, which should allow you to know if you are elegible for a refund of your mortgage expenses.
If after reading …
Publicar un comentario
Leer más 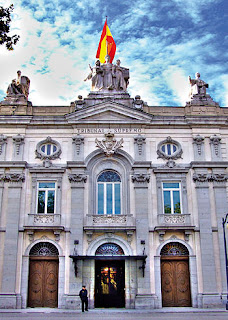 This is going to be an important date for all those who are still paying a mortgage, or just payed the last installment four years ago, because High Court has changed its criteria and set a new precedent: Bank must pay stamp duty tax for the mortgage, which varies from 0.5% to 1.5% depending on the Spanish Region.
The main legal reason given for this decision is that the Bank is the only party on the mortgage who is actually interested in signing the contract in a notarially certified deed to get it registered, to secure the repossesion if the mortgage it's unpaid.

Therefore the Bank must pay the stamp duty tax for the registration. This means that mortgage borrowers could retrieve what the paid for the mortgage tax (from 0.5 to 1.5 on loan amount), plus other expenses, like notary fee, land registry fee, surveyor fee, arrangement fee and management fee. You can download this important judgement here:
Sentencia 1505/18, de 16 de octubre, de la sección segunda del Tribunal Supremo
We a…
Publicar un comentario
Leer más 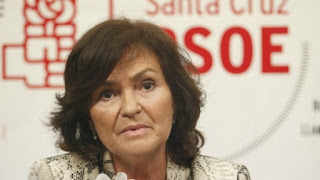 GENDER VIOLENCE: JUSTICE BY DECREE: "criminal liability must be declared by courts, in a fair process with all the legal guarantees, like presumption of inocence and adversariality"

CLICK ON THIS LINK TO READ THE FULL ARTICLE