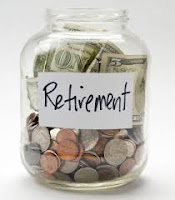 We have succeeded again in claims against Santa Ana del Monte's Banks: two different Spanish Courts, based in Valencia and Alicante, have sentenced the Banks who signed the Generic Bank Guarantee agreements with Herrada del Tollo (San Jose) for the development "Santa Ana del Monte"(Jumilla), to refund about € 1,000,000 deposits plus interest to several plaintiffs (in total).
Banks have been found liable although individual bank guarantees were not given and deposits were paid into an account opened in a different bank.
But there are more good news: High Court has confirmed in several recent judgements the precedent set about Santa Ana del Monte Generick Bank Guarantees on September 23rd, 2015; and has dismissed several appeals from Banks who claimed for that precedent to be amended or removed.