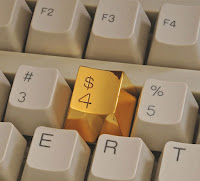 CIVIL CHAMBER OF THE HIGH COURT ABOUT TO SET PRECEDENT REGARDING GENERIC BANK GUARANTEES
But we already have some traces about which the decision could be:
On April 30th, 2015, High Court has sentenced insurance company to refund deposits to several plaintiffs, although some of them did not have individual bank guarantees. High Court understands also that cover limit on generic bank guarantees are not enforceable against buyers, because 57/68 Act states that buyers rights cannot be waived.
On January 16th, 2015, High Court confirmed liability of depositary bank, although individual bank guarantees weren't given and bank account wasn't special.
On January 13th, 2015, High Court set as legal precedent that lack of payment of deposits into the special account is not enforceable against buyers, because is the developers' duty.
We should know the decision very soon. Fingers crossed!
EL PLENO DE LA SALA DE LO CIVIL DEL TRIBUNAL SUPREMO FIJARÁ EN BREVE DOCTRINA JURISPRUDENCIAL SOBRE LA…
Publicar un comentario
Leer más 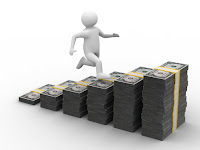 Yes, we did it again, and Caixabank has been sentenced to pay deposit, plus legal interest and legal fees to our customer, who bought a property in Gardens of Manilva through Ocean View Properties, but never got an individual bank guarantee.
Seville Court judgement is pretty clear: lack of individual bank guarantee is not enforceable against buyers, and cover restrictions (like credit limits) either. As long as 57/68 Act states the purchaser right cannot be waived, Banks who committed to release individual guarantees (on generic bank guarantee agreements) should face liability.
Publicar un comentario
Leer más

Our customer bought a property in Royal Suites (Marbella), but just got a copy of one individual bank guarantee issued by Caja Granada. Given that property wasn't built on expected date, our customer reported to builder (Irish Developments) that he wanted his money back, but builder just refused it.
Our client took the decision to sue Caja Granada for the deposit' payment. Although Caja Granada challenge the payment (contract wasn't cancelled, payment not made into the special account etc), Madrid First Instance Court and Appeal Court have sentenced BMN to meet deposit payment, plus legal interest and legal cost.
Judgement is already definitive, so our customer might get money very shortly.