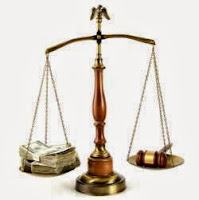 ONCE AGAIN, VALENCIA COURT RULES THAT RELEASE AND PAYMENT SCHEDULE AGREED WITH SAN JOSE ON CREDITOR'S AGREEMENT DON'T APPLY TO BANK GUARANTEE. ITSN'T RELEVANT THAT CONTRACT CANCELLATION'S AGREEMENT STATED THAT PURCHASERS BREACHED THE PURCHASE CONTRACT
Other customers of us who bought in El Pinet (San Jose Inversiones) are getting the whole deposit, plus legal interest and defence cost paid by Banco Popular, although the cancellation agreement stated that they purchase contract was breached by them and, furhtermore, they voted in favor of the creditors' agreement.
Our clients signed a cancellation agreement (just wrote in Spanish), which stated that, as long as they refused to complete, they breached the purchase agreement. This agreement was authoirzed by the Bankruptcy Court. Later on, they voted in favor of the creditors' agreement.
After enforcing the bank guarantee, Bank claimed as defense that 57/68 Act didn't apply because contract was breached by purcha…
Publicar un comentario
Leer más 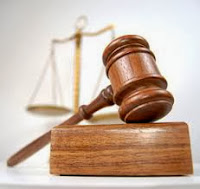 ENFORCED GENERIC BANK GUARANTEE FOR EDIFICIO TORREBLANCA IN CASTELLON (PROMOCIONES AUGIMAR). BANKIA SENTENCED TO REFUND DEPOSIT PLUS LEGAL INTEREST AND DEFENSE COST TO PURCHASERS WHO NEVER RECEIVED INDIVIDUAL BANK GUARANTEES
We are proud to announce another success of GM LEGAL EXPERTS Legal Team in Court. This time is about the Torreblanca development, built in Castellon by AUGIMAR.
Although our customer never received an individual bank guarantee, some information obtained through the Bankruptcy proceeding followed against the developer guided us to the generic bank guarantee signed by Bankia (before called Bancaja) with Promociones AUGIMAR.
The Court from Valencia has estimated in full our claim for the enforcement of that generic bank guarantee, and has sentenced Bankia to refund to our client the deposit, plus legal interest and defense cost, despite he never received an individual bank guarantee and his deposits wasn't paid into the "special" account.
BANKIA CONDENADA A…
Publicar un comentario
Leer más 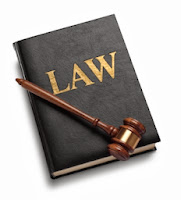 BRAND NEW RULINGS FROM MAGISTRATES COURTS SENTENCING BANKS TO REFUND DEPOSITS UNDER THE PROVISIONS OF GENERIC BANK GUARANTEES
Magistrates' Courts from Madrid and Cadiz have recently sentenced Banks to refund deposits plus legal interest to purchasers, although they never received individual bank guarantees.
The legal reason to sentence banks is based on the generic bank guarantee agreements signed between Banks and developers.
As many times before, Courts understand that the lack of individual bank guarantees, and the payment of the deposit into an ordinary account, rather than into a "special" one, can't prevent purchasers to claim to the Banks the refund of deposits, given that the breach of the developer's obligation is not enforceable against the purchasers, whose rights cannot be waived under the 57/68 Act and General Consumers protection Laws.
NUEVAS SENTENCIAS DE DISTINTAS AUDIENCIAS PROVINCIALES QUE CONDENAN A LOS BANCOS A LA DEVOLUCIÓN DE LAS CANTIDADES ENTR…
Publicar un comentario
Leer más
Más entradas