The Mercantil court from Seville has sentenced the cancellation of two purchase contracts for Gardens of Manilva, phase I, together with the registration of the deposit paid as credit in the Bankruptcy proceeding; despite the money was paid to the agent, Ocean View Properties, and purchase contract wasn't signed by the developer, Manilva Costa S.A. (who originally refused to have received the deposit).
The claim filed by our Firm to show the contractual relationship with the builder and get the contracts cancelled and the deposit registered as credit has been finally admited by the defendants (Manilva Costa and the Trustees in Bankruptcy), so our clients are ready to enforce the Bank Guarantee granted for the whole phase I by Caja de Ahorros de Huelva y Sevilla (now Caixabank).
The claim has been managed within three months time, so our clients have saved lo…
Publicar un comentario
Leer más

VALENCIA COURT RULES THAT DEBT RELEASE AGREED WITH HERRADA DEL TOLLO DOESN'T AFFECT TO BANK GUARANTEE
The Bank Guarantee was enforced in behalf of a Santa Ana del Monte purchasers who voted in favour of the Herrada del Tollo creditors' agreement, so accepted the 35% debt release. Although they didn't claim the cancellation within the meeting of creditors process, GM LEGAL EXPERTS arranged the cancellation with the developer before enforcing the guarantee, which was just a copy.
The Bank was claiming that 35% release should also apply to bank guarantee, under the provisions of the general rules for bank guarantees regulated on Spanish Civil Code. But the Judge supported our argument, ruling that this bank guarantee isn't an standard one, as is regulated by the 57/68 Act, which is an special a mandatory law that states that purchasers' rights cannot be waived. In addition, the judge states that Meeting of Creditors Act just allows the extension of the release to bank g…
Publicar un comentario
Leer más

GUADALUPE SÁNCHEZ, MENTIONED AGAIN ON THE SPANISH NEWSPAPER "EL PAIS". THIS TIME IS ABOUT THE RECOVERY OF DEPOSITS PAID TO TRAMPOLIN HILLS
The Spanish National Newspaper "El Pais" published last Sunday, July 7th, a report about purchasers who have recovered their deposit after claiming Banks involved with developers under the provisions of the 57/68 Act.
Guadalupe is mentioned on this report, as she won a case against Caixabank, claiming the refund of a deposit paid to Trampolin Hills Golf Resort.
The link to the press new is below:
http://elpais.com/elpais/2013/07/09/inenglish/1373371128_743177.html 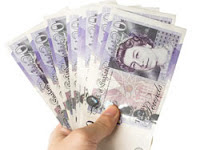 ANOTHER CAM BANK GUARANTEE FOR A POLARIS WORLD MAR MENOR VILLA SUCCESSFULLY ENFORCED
We did it again! Another Bank Guarantee issued by CAM Bank to guarantee deposits paid on a Polaris World Mar Menor Villa has been successfully enforced.
As on the previous case, First Instance Court from Valencia understands that property's building wasn't finished in time because the urbanization was not completed when the purchaser was called to complete by Polaris World.
Cam Bank also referenced a preliminary ruling from Murcia Courts (purchasers was claiming the nullity of the Contract and Polaris the completion of the property) and requested the suspension of the proceeding, but the Valencia First Instance Court states that it is a different process, and the Bank Guarantee can be enforced as long as purcharser is fullfilling with 57/68 requirements because has provided evidences of the completion's delay
Judge sentences also that 57/68 Act is applicable although is not mention on the guar…
Publicar un comentario
Leer más 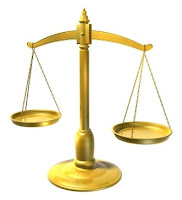 DRAINAGE WATER SPOUT THAT DUMPED RAINWATER FROM STATE ROAD TO SEVERAL PROPERTIES ORDERED TO BE REMOVED
The Ministry of Development orders to the State Roads Demarcation in Valencia to remove the drainage water spout built in 2006 on the Elche - Crevillente Road, which dumped the rainwater to several properties, causing floods and large number of damages over the years, everytime rainfalls occured.
Although the State Road Demarcation initially rejected that floods and damages were connected with the drainage water spout, claiming that was the natural course of the water flow; the Ministry of Development has confirmed the effect relationship, and consequently, har ordered the State Road Demarcation to remove the spout and execute the necesary works to avoid further damages and floods in the future.
Last Sunday, June 30th, 2013, the Newspaper "Diario Información", published a report about this ruling, as affects to the neighbours on the area. The reports features some pics of myse…
Publicar un comentario
Leer más
Más entradas